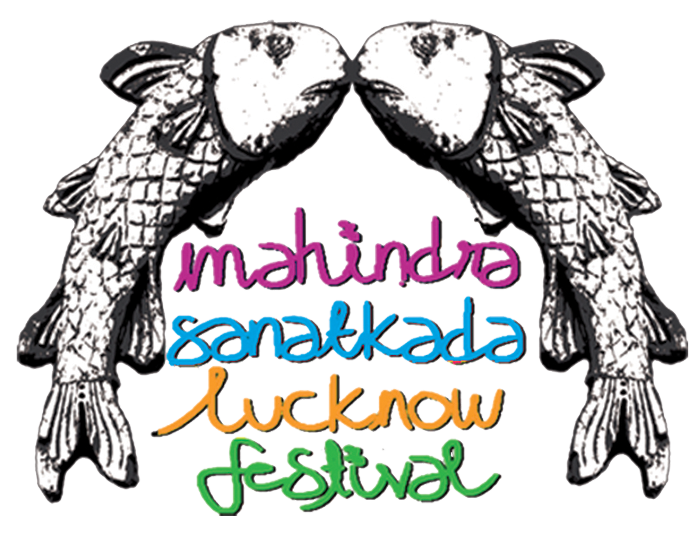 Food, food and more food – to be talked about, to be gently savoured and to be artfully displayed at MSLF ’22. A theme that is close to everyone’s heart, Lucknowi Bawarchi Khane.

The festival sees Lucknow through its history of street food shops, shopkeepers, bawarchis, customers, thelas and, khwanchas in densely populated mohalla-tolas and beautiful gali-kuchas and also through conversations & documentation of home khansamas & maharajes. The festival also explores the lives, homes, kitchens and the legacies of home-chefs who have been bringing out their best dishes year after year at the Sunday Home Cooked Food Festival.

The street food journey has been the most exciting, the youngest outlet is 15 years old and the oldest goes back to the year 1805. These include mithai & namkeen shops, chaat thelas, chai samosa shops, poorie khasta outlets, biryani thelas, nihari kulcha shops, paan waale, shikanji waale, doodh waale, pao bhaji waale, and the list is endless. A lot of these are temporary in nature, some simply sell out of a box at a fixed time, some operate from a tiny cubby hole in a wall, some roll their thelas home after selling their wares and some have evolved into more permanent structures.

Seating for customers is kept to a bare minimum, one is usually expected to stand around and eat and move on making space for others street food fascinates in many ways. Sales are brisk, coupled with informality and affordability and some assurance that the food is fresh because of
the quick turnover. The most exciting part is watching the dish of choice being prepared right there, by hands that have perfected the process to an art form. The foaming tea poured from a height into clay kulhadd, not a drop spilling out, maunds of mince being shaped into kababs and
sizzling by the dozen on a large mahi tawa, the chat waala knowing just when to flip the aloo tikki to a crisp golden brown, the naan bai’s forearm disappearing into a cavernous tandoor and emerging, moments later, with an evenly roasted kulcha dangling between a pair of iron tongs.

Many such images remain in the mind from different street food journeys. So, watch out for our digital street food directory in Hindi and English covering about 100 such eateries in the city. The 3 curated street food walks during the festival are designed to cover the prominent markets of Hazratganj, Aminabad and Chowk. MSLF ’22 will release its very own recipe book, a collection of favourite recipes by the home chefs who have been cooking for the Sunday Home Cooked Food Festival. So, as we promise, on all 5 days at the Bawarchi Tola in Salempur House there will be food and more food – shaadi ka khana, tyohari khana, street food and of course mouth watering offerings from our home chefs.

We respectfully offer this brief catalogue of some bawarchikhanas of Lucknow for your entertainment. The list of establishments is neither comprehensive nor authoritative– those that are not included are in
no way below par; and we do not presume to endorse or exalt the ones included in the list despite our gratitude towards them. The effort is limited to sharing with you a number of outlets where we have
enjoyed the food and drink.

The discussion is not limited to food, but extended to the personalities that have devoted their life’s effort to their enterprise. The outlets are listed in no particular order, although we have tried to keep the establishments in the same locality together. The photographs were taken at the actual site. The location or address shown is sometimes vague, but geo-tags will suffice to help reach the right place. We noted whatever was told to us in conversations.

Statements are not reproduced verbatim; we plead guilty of butchering the charm of “Dadda learnt us, and we do as he told” by rendering it with the knife of translation as “Father taught me, and I continue the tradition.” Often, socio-political opinions of our research team were in conflict with those of the interviewee. We hardened our hearts to retain phrases such as “girls are not allowed…,” but have deleted references to
specific political parties. Otherwise, we noted down what we were told without taking the trouble to “fact-check,” but much of the colourful rhetoric of the discourses got caught in the space constraints and
had to be left out—what is left looks pale and wan. We urge you to go and ask for the complete stories. The magic of Lucknow raconteurs will give pleasure to both listeners and audience. Sanatkada began as a crafts and weaves shop with a mission to provide a platform for groups committed to the revival and restoration of artisanal traditions indigenous to their regions. Early on, a community formed around Sanatkada, drawn to in spirit of intercultural exchange and
understanding Multiple Sanatkada initiatives followed, including Sanatkada ka Adda, an intimate space for gatherings around musical performances, readings and lectures.

Indira Mahindra
This festival is dedicated to the memory of the late Indira Mahindra, whose contribution to the arts and culture of Lucknow has left an everlasting impact on the city. Indira Mahindra was born in Allahabad, but spent her childhood and growing years in Lucknow, attending Isabella Thoburn College which she later joined as faculty. She authored and published four books and acted in the film Kaali Ghata.

Her zest for life was evident in all she did, whether for a large social initiative or a local group. Indira Mahindra is the backbone and inspiration to her children Anand, Radhika and Anuja, and continues to inspire all of us today. The Mahindra Sanatkada Lucknow Festival is built upon the very principles that Indira Mahindra lived by – bringing together people from all walks of life to celebrate the rich culture of Lucknow.

The MSLF is honored to pay tribute to the everlasting memory of Indira Mahindra.

The Mahindra Sanatkada Lucknow Festival (MSLF)
Launched in 2010, out of the community that grew around Sanatkada, MSLF distills the essence of Lucknowi culture, in the form of an open to public event targeted as much at Lucknow’s deeply entrenched locals as well as to newcomers & visitors. The five-day city-wide festival features a multimedia exhibition, live performances, lectures, a crafts and weaves bazaar, Awadhi home-cooked food festival and much more.
The festival’s annual ‘themes’, which are very much rooted in the city, are its greatest innovation. Each year a new lens is chosen through which to view the city, whether it be through its crafts and artisans, its feminist icons, its homes and lifestyles, or its influence on Indian cinema.

The MSLF team spends six months, prior to each festival, meticulously researching, conducting in depth interviews and site visits, documenting oral histories, collecting personal letters, compiling photo and video footage, and building lasting relationships with the people and
institutions of the city. This labor of love culminates in a multimedia exhibition on display at each festival, and in select years has led to the publication of full-length books.

The MSLF is now a veritable institution, a highly anticipated celebration of Lucknow, playing a vital role in the city as the foremost champion of its culture. This is evidenced by its growing popularity – from a footfall in the hundreds in MSLF’s earliest iterations to crossing 16,000 in
2019.