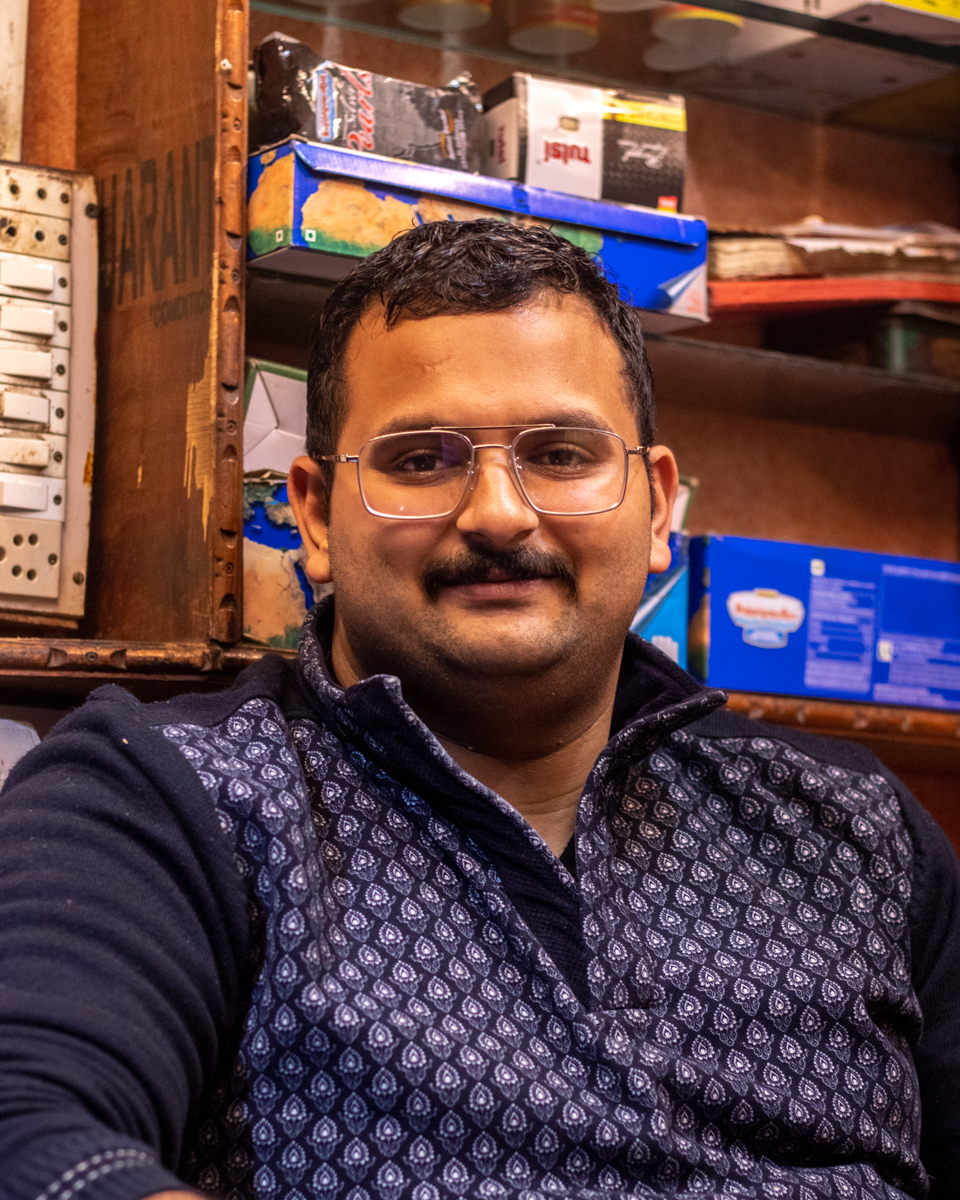 Ashish Chaurasia is proud to belong to the hereditary profession of making paan. His great-grandfather was in this profession in Faizabad. This outlet was started by his grandfather Babu Lal Chourasia in 1957. He named it after his son Satish, and now as the third generation, he has carries the legacy forward for the past 17 years. The quality and technique of makin paan has been maintained and preserved for decades since his grandfather’s time. Ashish tells us about the Banarsi, Saunfiya, Maghai and Mahoba varieties of paan he sells. The Banarsi paan he procures is of the Jagarnathi strain of the leaf. The saunfiya is sourced from Kolkata. Catechu is procured from South India and processed in a special way to render it innocuous and make sure that it doesn’t permanently stain the mouth and teeth. Their gilouri of meetha paan is very famous. People prefer the Maghai paan with its warm ‘humour’ in the cold weather, while the fragrant saunfiya is popular all the year round. Ashish claims that the true saunfiya variety is sold only by his shop in all of Lucknow. The Maghai is used mostly for paan laced with tobacco. Paan is wrapped in a palaash leaf secured by a pin made from reed. A meetha paan costs ₹ 30. Ashish recalls that one of his favorite film actors, Vivek Oberoi once came to his shop out of the blue. He had been in the business of setting up stalls at wedding parties, but since that time, he has extended these services to film shooting locations as well.