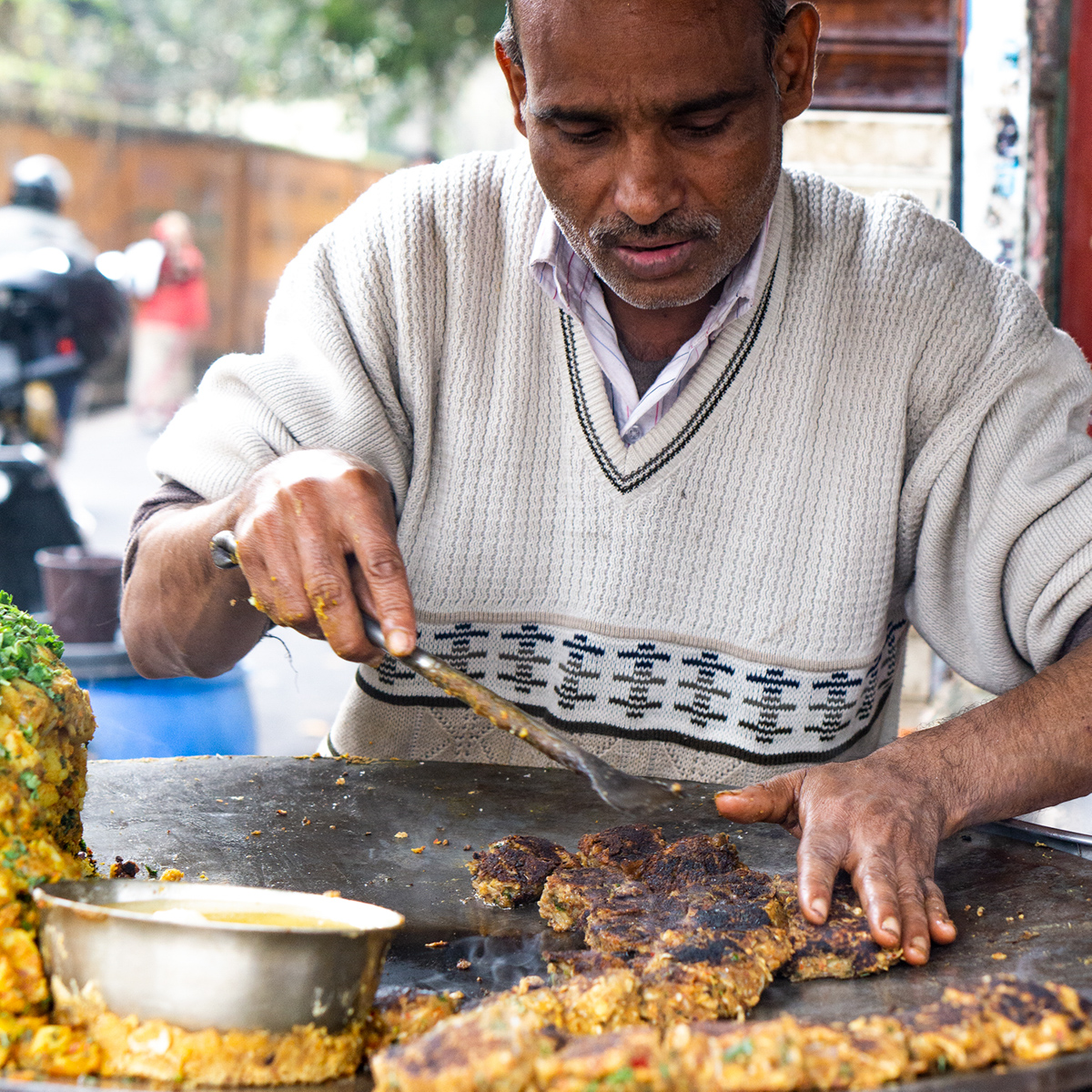 In 1965, Ramesh Kashyap used to sell bun-matar off a stand near the Lucknow University. After 1980, he moved it to its present location in Babuganj. His son, Mohan Kashyap sets up the stand in the same place. His customers recall that Ramesh was a very jolly person. He would deal with his customers with a lot of love and affection. Which is why his customers treat him with so much fondness, so much so that the crossroads where the stand is put up is known by the name of their iconic signature dish. Mohan learnt from his father, starting at age 7 years to help out at the stand. Mohan says that students and teachers of Lucknow University started patronizing their business from the very beginning. Youngsters who graduated and went to different parts of the country return to their stand to have bun-matar and indulge in some nostalgia. This is why their little stand is well known not just in Lucknow, but all over the country. Mohan’s father had this advice for him—never compromise with the quality of the material, even if you have to pay a little extra.