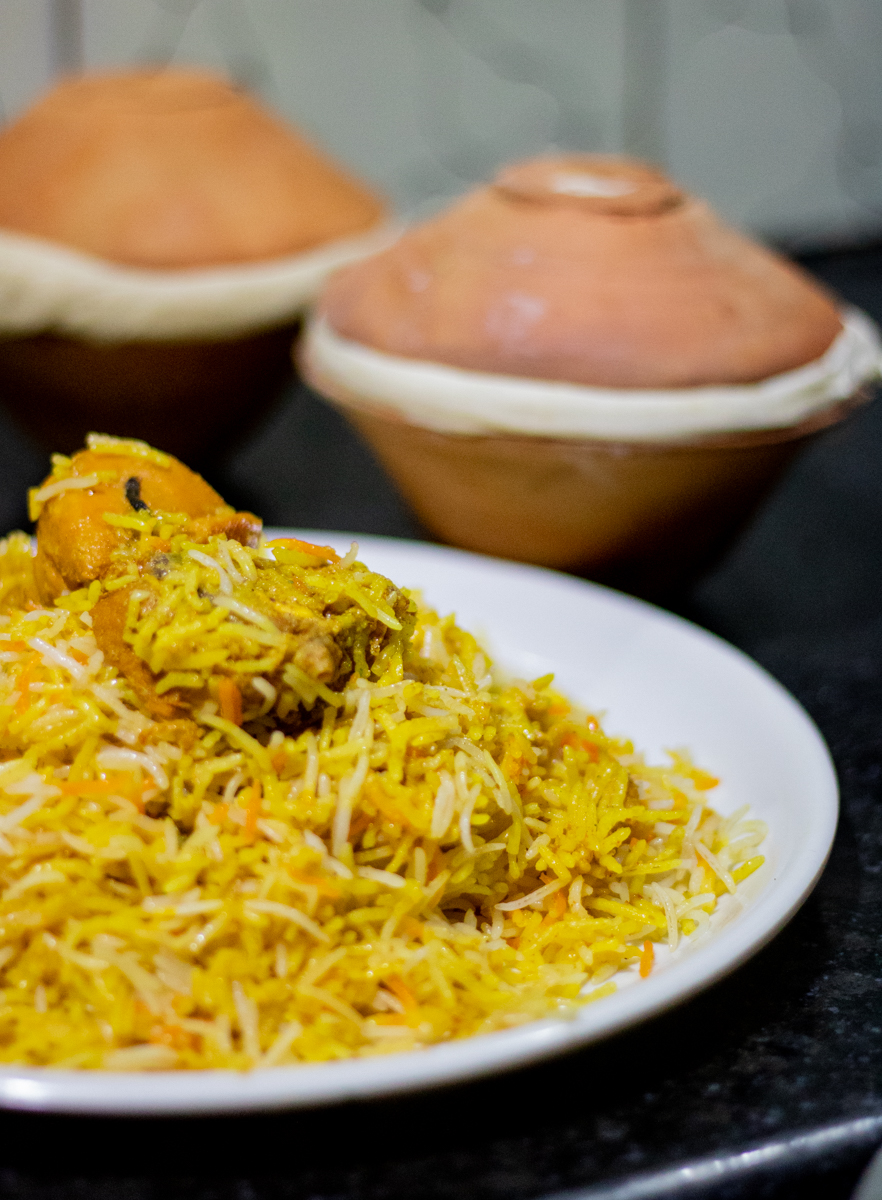 Tanu Tandon at the billing counter of this restaurant informs us that it was started in 1999 by Shameel Shamsi as a side-business to indulge his hobby. We recalled that the evening the restaurant was inaugurated, Shameel had invited a much-loved qawwali singer, Hyder Baksh to perform and offer his own opinion about the cuisine. Shameel himself recited a humourous nazm dedicated to Naushijaan—“Here seekh kababs turn lazily over a bed of glowing coal/The town’s kababis burn up with jealousy as sleepless they roll…” It was evident from Day One that the restaurant would specialize in traditional Awadh cuisine. Galawati and Kakori kababs and qorma. Handi biryani is prepared by layering mutton or chicken in a clay pot, the traditional way. From ₹ 60 initially, its price has increased to ₹ 350 by now. Majlisi kabab (called ghutwa in the Awadhi dialect) is probably not served anywhere else. Mutton pasande (fillet steaks) prepared in two styles—the balushi (barbecued) and the mahtabi (stewed in its own juice). Murgh mussalam is served twice a week, and fish and raan (leg of lamb) can be prepared in the musallam style on order. Varieties of breads are available—roomali, tandoori, baqarkhani, kulcha, and sheermal apart, they have even served the Meerut-Delhi version of the sheermal as Afghani paratha. It is only the matchless taaftaan of Awadh that is not yet available, and we remind Tanu to try to fulfill this demand. He replies—“We have always tried to measure up to the love that Lucknow has showered on us. But Shameel’s father had this advice for us—if you don’t have something, don’t try to sell it; just don’t try to pass off suboptimal food!”