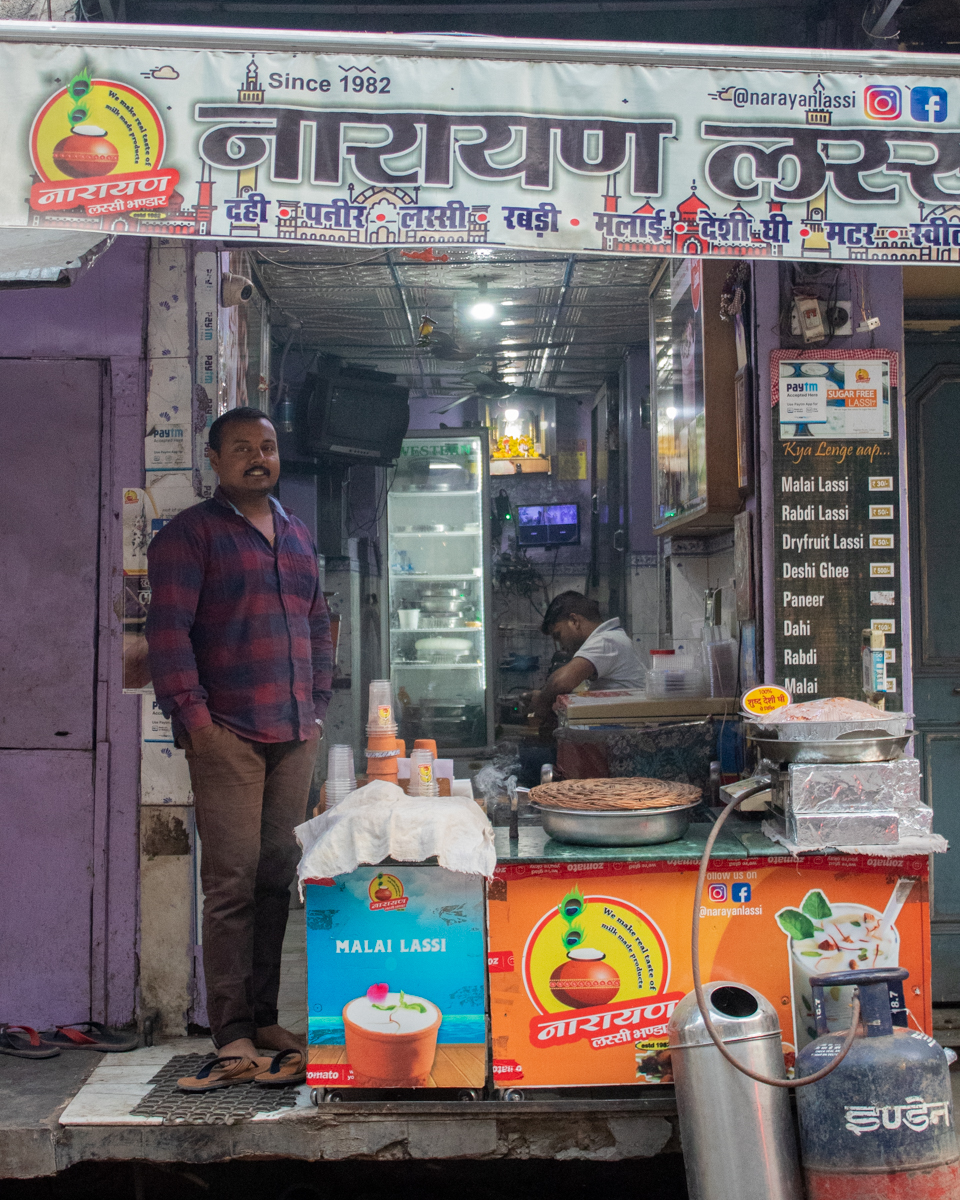 Four generations have run this establishment,. Initially, Prem Narayan Gupta set up shop in Narhi to deal in sweets and ghee. In 1978, his son Masandeen shifted the outlet to Chaupatiyan and since 1982, concentrated on Lassi. After him, his son Raj Kishore; and since 2006, his grandson Sushant Raj took over in course of time. Lassi continues to be made using a wooden mathaani whisk. Seven varieties are available, of which lassi with dates is especially popular during the month of Ramzan. Sushant claims that this is the only place in Lucknow where fat-free rabdi can be had. Gajar halwa was added to the menu a couple of years back. Sushant confides that his father was opposed to the idea. Then, while Raj Kishore was on a pilgrimage to Kedarnath, Sushant decided to go ahead and introduce carrot halwa during his absence. He was somewhat annoyed on his return to observe fait accompli, but Sushant managed to mollify him with the observation that he might as well consider the new line in the trade as a blessing from Baba Kedarnath!