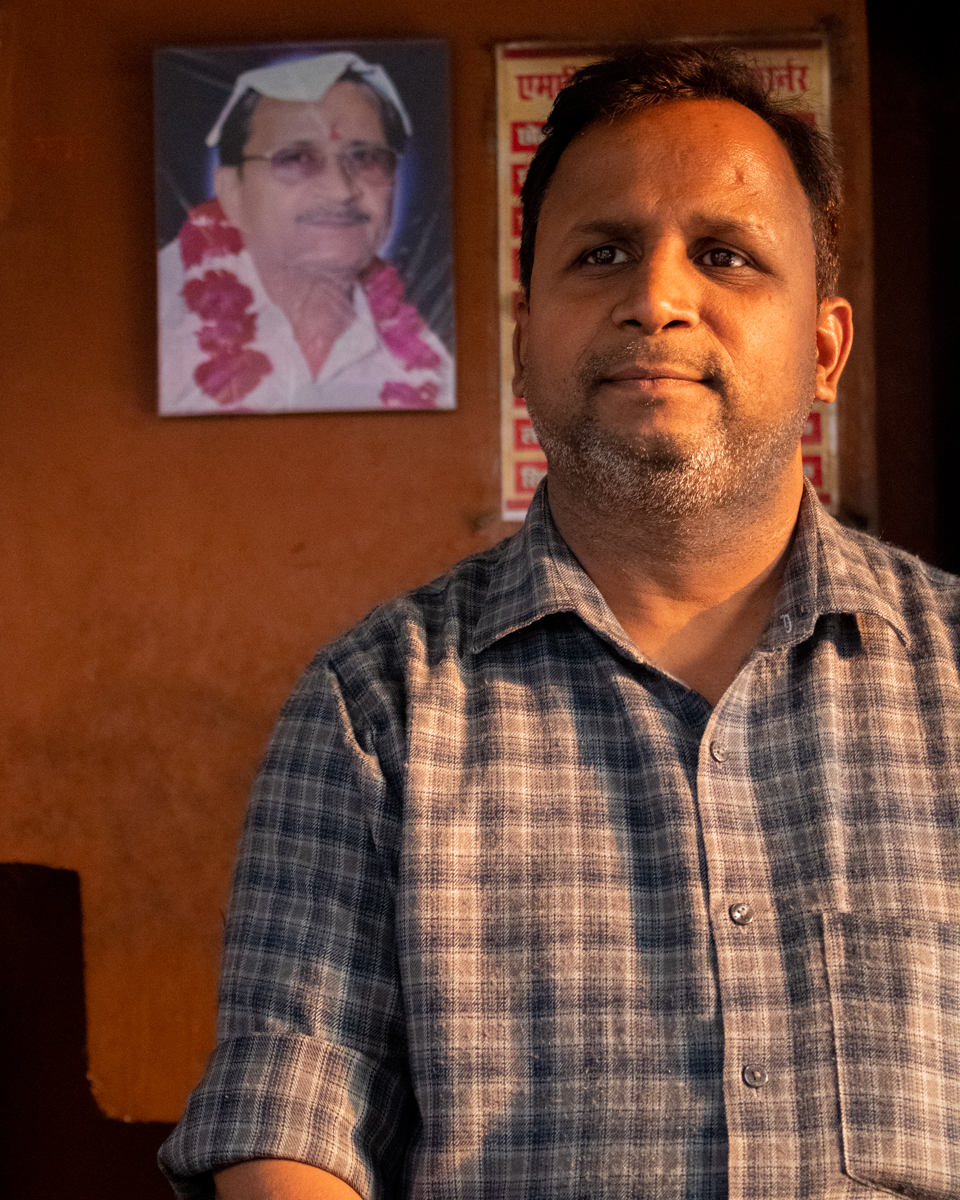 Mata Prasad Gupta started this enterprise about 35-36 years back. Their reputation increased rapidly in Chaupatiyan. In 1998, he set up the current premises, naming it after the initial letters of his name. Manoj Gupta is the son of the founder, and has thrown his heart and soul into enhancing the goodwill of the establishment named after his father. The outlet specializes in chhole prepared without garlic or onions. When we asked people in the vicinity, everyone told us to sample their wares. They said that onion- and garlic-free chhole served here are not in any way inferior; in fact, may even taste superior to the most famous outlets in Lucknow. Manoj tells us that they used to serve 2 bhaturas with chhole for ₹ 1.5 when they started, but now charge ₹ 50 now.

Mata Prasad had experimented with serving chhole and rice in the old premises, but it never caught on. About 15 years back, Manoj re-introduced this combination, which caught the fancy of his customers. These days, from 9 AM to 9 PMK, Manoj mans the shop to serve his customers their much loved chhole-bhature, chhole-chawal, and dahi bara. Manoj and his younger brother learnt the craft from their father. Their father used to say “Never go away from the shop!”—a dictum that ensures even today that MP’s is open for business every day of the year. “People loved highly-spiced food in earlier days; now the milder the masala is, the better. Earlier, people never minded greasy food, but these days, bhaturas need to be served with as little grease as possible. So, whenever Manoj pulls out a bhatura from the wok, he places it with a beautiful flick of the wrist on a special strainer. Only when excess cooking fat has drained off is the bhatura served to the customer. Manoj feels that it was the novel flavour of chhole invented by his father, and; in equal measure; the way he dealt with customers that is responsible for the goodwill that this outlet enjoys.