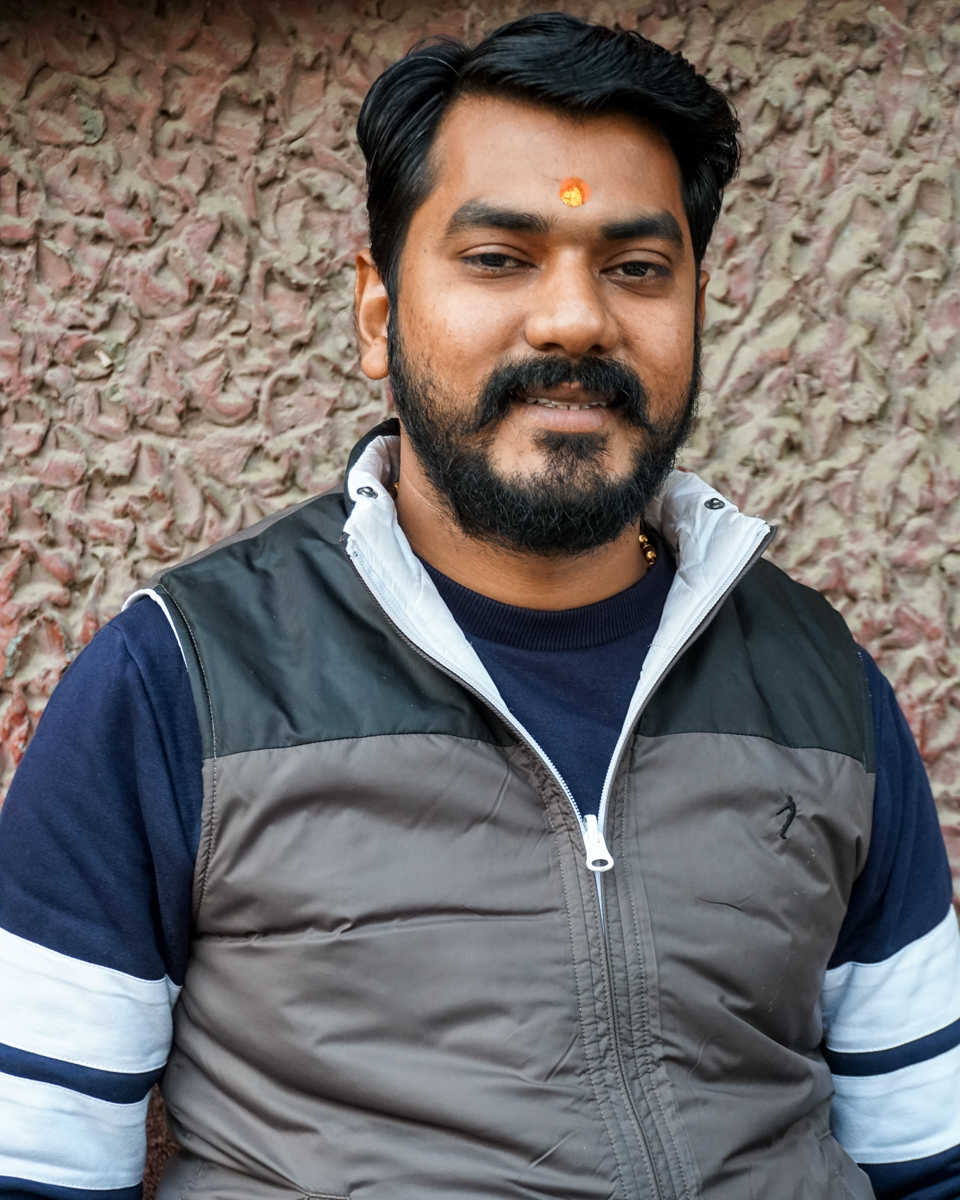 Managing the counter, Padmesh Sharma recounts “Our family is from Jaipur. We had come to Lucknow as tourists during a summer vacation. Our friends had suggested the trip, because they said Lucknow is the city of Nawabs and its cuisine is famous internationally. So we just came. My father noticed that people were flocking to pav-bhaji outlets and seemed to be enjoying it a great deal. When we tried some, we felt that it didn’t have the quality and taste that Lucknow deserves. My father had worked in a pav-bhaji outlet for 24 years in Bombay. He knows all the details that go into making quality pav-bhaji. He thought, why don’t we start a small business here? And then, in 2004, he started serving pav-bhaji from a hatchback car. This was our small business. There were many challenges initially, because there were at least 8 competing establishments on Shahnajaf Road itself. We wouldn’t get customers. Then gradually we introduced customers to our superior taste and quality. I would go up to people myself and request them to just taste our stuff and tell us how it is. Gradually, we got customers. I would serve customers myself. Our business grew, and today we have four outlets in Gomti Nagar. We plan to expand. What is special about our pav-bhaji is that the seasoning is made by my father himself. Till today, he hasn’t told even me the recipe of the masala; just how much to add. I assist my father (rather than work elsewhere) because he has had two heart attacks already.”